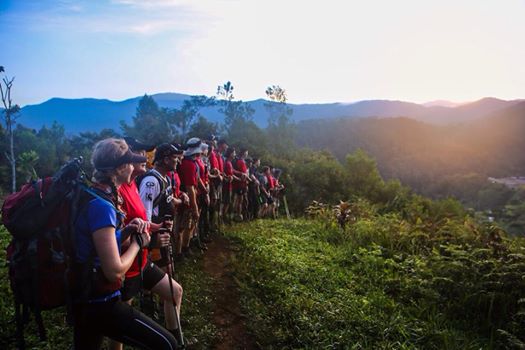 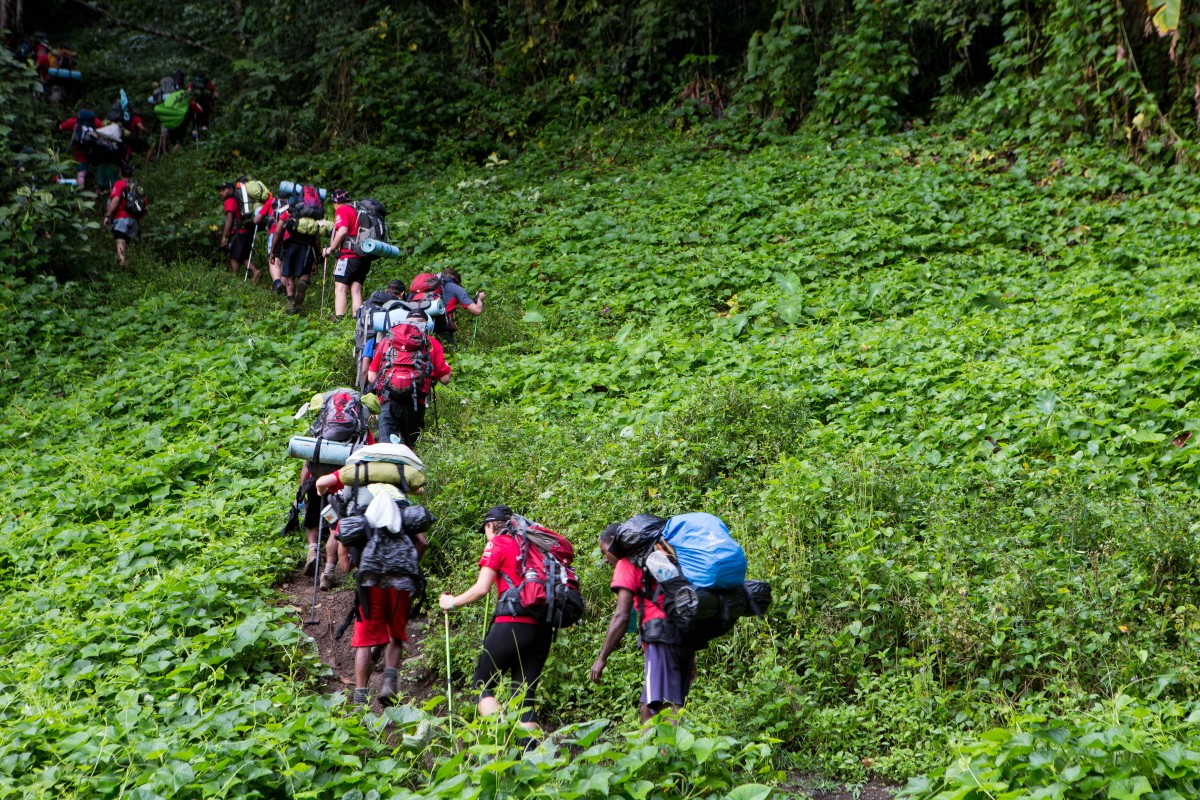 The Kokoda Track – An Australian Right of Passage

“Australia lost its innocence in 1942.  Japan had conquered Asia and the Pacific, and were at our doorstep.  Our finest troops were fighting in the Middle East.  All that stood between the Japanese onslaught and our homeland was a handful of 18 year old militia troops who had never fired a shot in anger.” – Patrick Lindsay

The Kokoda Track holds an extremely important place in Australia’s history. So join with other women adventurers to remember and respect the soldiers who went to war. From July 1942, the route over the Owen Stanley Range witnessed the battle hardened Japanese war machine, encounter young, unprepared, untrained, unproven and hopelessly outnumbered Australian soldiers. It was on the Kokoda Track that the myth of Japanese invincibility was broken for the first time.

The track stretches 96 kilometres through what is arguably some of the most rugged and wild jungle in the world. It is a primal track, built over 200 years ago as a commuting route between villages before it became the scene of bitter fighting between Australian and Japanese soldiers.

After completing this trek with other like minded women you can feel proud to pay your respects to Australian wartime history, and of course, as a personal physical challenge.

In addition, whilst honouring your forefathers by walking in the footsteps of heroes, and having a life changing experience, you will change someone else’s life for the better by becoming a modern day hero; raising valuable funds for one of the Aurora charities. Perhaps you have a cause that is close to your heart that you would like to help? Perhaps you are a charity that have supporters who would like to fundraise while taking on this epic Australian Trek.

Day 1 – We leave Brisbane and fly directly to Port Moresby and are met by our ground transport at the airport and we are transported back to our hotel.  Here we undertake an extensive in-country brief including what to expect, how to pack and other administration for your trek.

Day 2 – We transfer out to our charter providers for a spectacular charter flight to Kokoda Station.  Once on the ground we hear the history of the battles of Kokoda, visit the Australian monuments and small museum before hitting the Track and heading to our night location Deniki.

Day 3 – A bright and early start for our first full day on Track and we head toward post war village Isurava before continuing onto the Isurava Battleground – a moving and emotional monument built to remember those that fought on those hallowed ground during the battle of Isurava.  From there we have a cheeky climb up and over toward the spectacular views of our night location, Alola village.

Day 4 – Your first big day!  After a steep descent down from Alola and a river crossing we head toward Eora Creek the site of a Regimental Aid Post during the battle and the scene of some fierce fighting on both the fighting withdrawal and the Australian Advance.  From here we climb out of the creek line and notice the many weapons pits still visible today.  We head toward Templeton’s’ crossing, named in honour of Captain Sam Templeton and our night location at the base of Mt Bellamy.

Day 5 – We’re up early for a hill climb up to the amazing views of the Kokoda Gap.  From here we reach the highest point of the range and then continue on to 1900 for morning tea and Naduri Village for lunch.  Here we meet one of the last remaining Papuan Carriers and hear his war stories- a truly memorable experience.  The team then proceeds on to Efogi Village for our night location at which time we’re officially over half way!

Day 6 – This morning begins with an emotional climb up Mission Ridge and onto Brigade Hill the site of one the fiercest battles of the campaign.  After taking some time to hear the history and pay our respects to those lost we continue down to Menari village and onward to Brown River for the night.

Day 7 – Today we start in the swamp and then slowly climb up through the village of Nauro and up over the Maguli Range.  Here you will encounter the famous nine false peaks before heading down Japs Ladder and across the beautiful Offi Creek to our night location.

DAY 8 – We have two big ridges to tackle today.  We start with climbing the formidable Iroibaiwa Ridge, the furthermost point of the Japanese advance. We then move down through the stunningly beautiful Ua-Ule Creek where we spend our time crisscrossing through the river in this moss-covered forest.  We  reach the location of the “Golden Staircase’ and climb up Imita Ridge before arriving at our night location of Uberi.

DAY 9 – This morning we walk for a few hours to the Goldie River where we cross and start our last climb up to the Kokoda arches at Owers Corner and complete our trek.  We then proceed on to pay our respects at the Bomana War Cemetery and back to the hotel to refresh ourselves for our dinner celebration.

DAY 10 – We rise early to transfer to the Airport and fly home to our family and friends with a lot of great memories, a fantastic group of friends and a new appreciation of those that took part in the Kokoda campaign.

□ Charter flight from Port Moresby to Popendetta and transfer onto Kokoda.

□ All transfers and transport in Port Moresby.

□ Accommodation on the Kokoda Track in a village hut, tent or bush camp.

□ All food during the trek—ration packs are prepared in Australia.

□ Personal expenses such as phone call costs, beverages at the hotel

□ Boots and a small amount of personal trek clothing

*Trekkers also have the option of upgrading flights or staying in a single room which in Port Moresby. We can advise the extra costs associated with these options at the time of booking.